Recently appointed Prime Minister Boris Johnson has entered Downing Street at a time of significant upheaval in the British economy: The pound is volatile, housing supply is not able to meet demand, and the Bank of England has warned of a one in three chance of the UK slipping into recession by this time next year.

However, it is important not to let these observations distort the fact that the UK remains a leading destination for investment, particularly when it comes to residential and commercial property.

Given the scale of these significant economic challenges, the Prime Minister would be wise to explore every policy option available, including wide-ranging tax reforms designed to restore confidence in the British economy. While the next few months will be dominated by the final phase of the Brexit negotiations, the Prime Minister’s domestic agenda will play a defining role in shaping the economic climate going forward.

During his leadership campaign, Boris Johnson was particularly vocal about his proposed reforms to taxation. Of course, tax reform is a favoured topic of politicians, but in his short tenure, Johnson has reiterated his intention to take some radical steps to make UK tax policy fairer and more dynamic.

The Government’s International Trade Secretary Liz Truss has already announced a plan to create up to 10 duty-free ports and airports in an attempt to “turbocharge” growth and give towns and cities across the UK a post-Brexit trade boost. The government claims the new UK freeports will be hubs for business and enterprise for manufacturing and services, potentially free of unnecessary checks and paperwork, while at the same time offering significant customs and tax benefits.

When it comes to income tax, Johnson is committed to raising the threshold for the higher rate of income tax from £50,000 to £80,000. According to estimates by the Institute for Fiscal Studies (IFS), this would deliver a £9 billion tax boost to 4 million people and benefit the top 10% of earners to the tune of almost £2,500 a year. This would also free up a great deal of investment capital which could have a stabilising effect on the economy if Britain were to leave the EU without a deal come 31 October 2019.

However, the most significant of Johnson’s proposed reforms are his planned changes to stamp duty. Despite generating £1 billion a month, stamp duty is a controversial tax because it makes property transactions for the buyer prohibitively expensive. In an effort to combat this, Johnson has proposed switching stamp duty liability from the house buyer to the seller. He’s also suggested scrapping stamp duty entirely on homes worth £500,000 or less.

While Johnson is yet to outline the plan in detail, any move to lessen the burden of stamp duty is likely to be welcomed in the property markets. Estate agents and mortgage brokers have long blamed stamp duty for limiting the number of transactions and reducing overall efficiency in the housing market.

Ultimately, everyone with a stake in the UK housing industry wants to see the property market become more accessible to all, and the proposed changes to stamp duty could well have the desired effect.

Given the scale of the political and economic challenges ahead, taking a critical look at UK tax policy is exactly what the new Prime Minister should be doing. However, the need for clarity doesn’t necessitate adopting an overly cautious approach. A truly wide-ranging reform would include visionary policies including cuts to corporation tax, tax relief measures for SME housebuilders and further exemptions for inheritance.

Overall, I’m optimistic that Boris Johnson’s tax plans demonstrate his desire to seriously grapple with what is a challenging climate, particularly for those without a foot on the property ladder. Given the present uncertainty, it’s important that the government is seen to be proactively looking for solutions.

A resolution to Brexit is inevitable in the next few months, and while many within the business community would prefer an orderly exit, it’s positive to see the government beginning to turn their attention to tax policy and not let Brexit overshadow domestic policies. 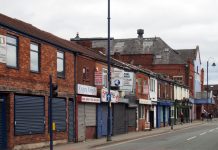 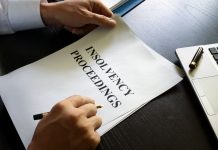 Advice for contractors closing down their Personal Service Company 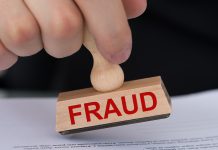 How can the UK tackle the upcoming fraud challenge? 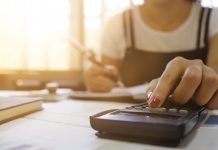 How important are early company audits? 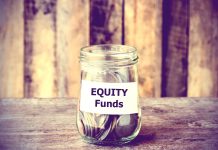 How the equity release market has changed in 2020 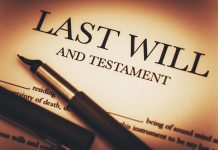 Free Wills Month: Why we must confront the taboo of wills

Spend Recovery – Can the Public Sector afford not to?

Supplier Overpayments – Fraud and Error – Just the ‘Tip of...

Central banks and monetary policy in the eyes of the population

CBG: The mother of all Cannabinoids with broad antibacterial activity

Savage Cabbage: Where did it begin?

Constant reinvention: The strategic locational importance of Swindon and Wiltshire

Molecular science: The importance of sustainable manufacturing of chiral amines

Mental health in times of the pandemic

ABOUT US
Open Access Government produces compelling and informative products for a wide audience. Our dedicated team have many years’ experience and are committed to delivering up-to-date analysis, news and exclusive features for a public and private sector readership.
FOLLOW US
© Adjacent Digital Politics Ltd
The Open Access Government site uses cookies, Find out more.